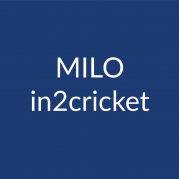 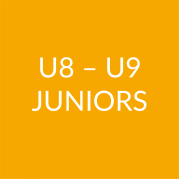 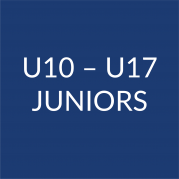 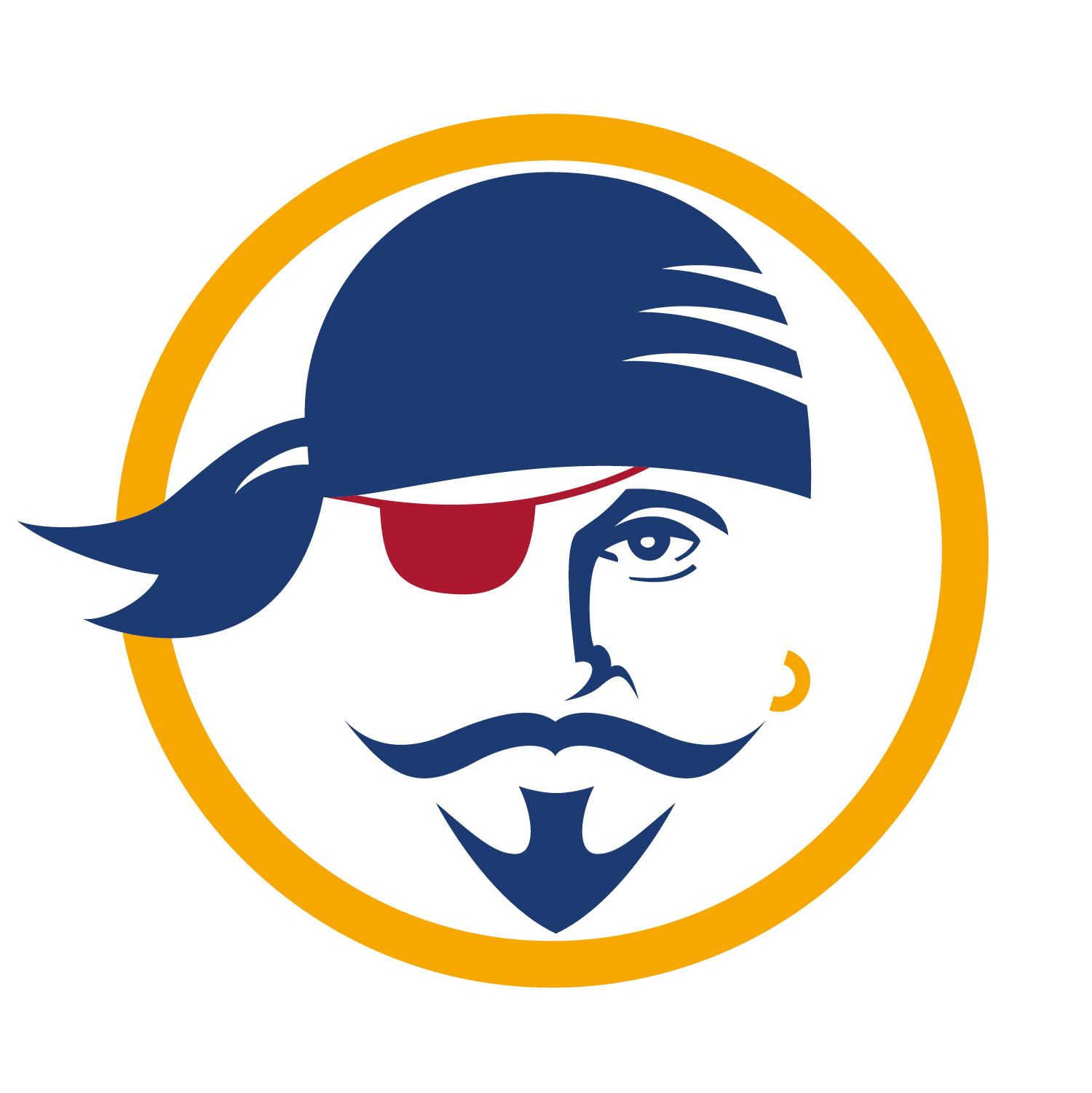 The Pirates Life Membership Award is in recognition of those who have committed their time and energy to the PIRATES over an extended period of time. Who have upheld the Club’s principles to “encourage, coach and develop”, instilled a love of cricket, and provided a great service to PIRATES players and members.

Roy is the founding President of the Pirates and continued to be the driving force behind the club’s success at the time of his election as the first ever Life Member in 2012. Roy’s passion and selfless dedication to promoting cricket in the Ryde and Hunters Hill municipalities has ensured thousands of girls and boys plus their extended families have experienced the joys of sport through cricket. Roy’s family have given him great support with Liliana and the kids, vital members of the extended Pirate’s family.

Craig began coaching son Matt in the Pirates foundation year of 2003 in Have-a-Go cricket. Craig was acknowledged as a Life Member after continuing in the coaching role for a decade through to the club’s first ever U16 team. In addition to imparting cricket skills to these players, assistance with the help of Assistant Coach (and best mate Steven Spackman), Craig has provided an exemplary role model and imparted great life skills to the players he has guided. Craig has spent many hours preparing kits in the pre-season and has even manufactured score book holders for the club.

Greg has managed and scored for the team coached by Craig Bass and assisted by Steven Spackman and enjoyed a wonderful ten year association along side their three sons. Greg has served as Vice President, worked on committees, represented the club as a delegate to various cricket associations, sorted kits and taken on the role of Club Statistician.

Steven joined his best mate and lifelong friend Craig Bass as a Pirate life member after the two guided their sons through 10 years of Pirate junior cricket. Both fathers are local sporting identities and in addition to unselfishly giving so much of their volunteer time to the Pirates, they also coach football teams at Gladesville Ravens. Young kids need great role models and Steven has provided superb leadership even though he often plays the ‘bad cop’ role to Craig Bass ‘good cop’.

Always on hand when needed, racing across town to make training, timing flights into Sydney to make games, scooping up extra kids on the way to games or getting behind the BBQ at social events, Spacko has been a great club man and has even supplied sponsorship to the club.

Noel Ford has enjoyed a wonderful association with the Pirates and with two cricket playing boys has made friends with more families than most in the local area as he has gone out of his way to incorporate extended families into the Pirate cricket playing experience. Noel has coached and managed teams in an inclusive manner always mindful that the best way to have a happy and successful team is to improve the skills of the most inexperienced member of the team. Always on hand to assist with committees, organisational matters or represent the Pirates as a delegate to cricket associations, Noel has been a valuable champion and advocate for the Pirates. Noel was the leader of the Pirates first junior international tour to New Zealand. An indication of his enthusiasm was taking an advance trip at his own expense to make sure all the planning was in place prior to the party embarking on this wonderful experience for the young Pirates.

Pete has been an active participant in the club since his eldest son Billy started playing with the Pirates in the 2004-5 season. After a couple of seasons as Assistant Coach, he took on coaching duties for the mighty Swashbucklers, taking them into several finals campaigns as well as helping to develop several players who have continued their strong involvement in the game. Pete’s club cricket philosophy has always been based on everyone in the team has a fair go at everything, which makes for a much happier team, and occasionally, a successful one.

Pete has coached his twin sons Simon and Matthew for the past 4 seasons, once again with lots of players’ and families’ happiness and success. Pete was also a key contributor during the club’s first overseas tour to New Zealand in 2011, arranging trips to Eden Park in Auckland and the Auckland Blues training sessions through his All Black connections. Always the first to put his hand up when help is needed around the club, Pete is widely recognised around the district because of his positive involvement in local cricket and rugby quite apart from flogging his beloved “Sticky Wicket” Peter Dodds epitomises everything good about Ryde Hunters Hill Cricket Club and the game of cricket itself. We all know that he is really just a big kid himself who loves nothing more than having a game with his children and their mates.

David has a long association with the PIRATES as a player in both the Seniors & Masters teams, as a coach to both his sons Joshua & Ethan, as a delegate to the NSJCA, a committee member and Club President. David is highly regarded by both players and parents alike for his calm demeanour and fairness as a coach and mentor along with his passion to instill a respect and understanding for the game of cricket. The teams he has coached, have had successful seasons with several premiership wins in NSJCA and IWHJCA competitions, always with a broad range of player ability within them. As a player, David played in the Club’s first senior premiership team and captained the Club’s B-Grade team to its first premiership in 2011/12.

As Club President of the PIRATES his leadership saw such initiatives as a structured usage of the Boronia cricket nets for all teams from U10’s and above, the formation of the Masters team, significant involvement in securing the Club’s tenure over the facilities at Boronia Park under the Plan of Management process, establishing the Club’s strong relationship with Hunters Hill Council and Hunters Hill Rugby together with others stakeholders and bringing the Hunters Hill Cricket Club (est. 1903) and the PIRATES together as one club in 2015.

Luke has been a long serving member of the PIRATES as a player, coach and volunteer. He first joined the Pirates as an In2Cricket volunteer when his eldest son Jack began in 2006/07 and then went on to coach Jack’s team from 2008/09 to 2014/15 seasons with a memorable U10 Premiership win in 2010/11. When his youngest son Thomas started playing In2cricket in 2013/14 the cycle began again when he returned to volunteer and then coach Thomas’ team. Luke has coached at the Pirates for the past 11 years, he has also played Masters and Seniors cricket over the last 4 seasons and is always ready and willing to lend a hand at club events & registration days and volunteer his time and skills for all manner of Club initiatives.

Kevin has been heavily involved with the Club for a number of years and during this time he has been a key supporter of all things PIRATES. The year Kevin became involved, his son’s first training session for the U6 cricket season started just days after he had knee surgery. With his leg still in a brace he hobbled over to Peter Labrie, the team coach, and offered to get involved with managing the team and helping to run training. True to his word he did that and more for next 8 years. He has also been manager, scorer and coaching assistant for numerous rep sides over the years and has represented the Pirates in a number of cricketing forums.

Kevin just gets involved and gets on with the job, and is the kind of person every club needs for it to be a success. Volunteering for numerous clubs – not just the Pirates – he is a great ambassador for our community.

Kate has been a long serving member of the Pirates as the Club’s Administrator & Registrar, as well as a volunteer, first joining the Club when her eldest son Jack began In2Cricket in the season of 2006/07. Kate has worked tirelessly in the role of Administrator & Registrar since 2008, carrying out numerous tasks for the Club each and every season, including the important and challenging tasks of player registration and forming our teams to ensure no adult or child misses out on a season of cricket. Kate also coordinates our clothing, social media, training venues and net rosters and in addition has acted as the Club’s delegate to various junior associations. Kate has also served on the committee as Club Secretary and carries out many other important tasks for our Club behind the scenes to ensure that our Club runs smoothly year on year. Kate has been the heart & soul of the Pirates for many years and has played an enormous role in growing the success, culture and reputation of our Club, ensuring the Club is well placed for many years to come.